Reports have surfaced that Nissan will be pushing the Nissan Juke-R into the conveyor belt abut they will only be making them based on built-to-order basis.

This means that it will be on a limited run where they are not disclosing the price as yet. The Nissan Juke-R was seen in January at the Dubai show and since then they have received 3 orders for this cool machine of which 2 are high-profile and well respected figures in Dubai. The third person who ordered the Nissan Juke-R is still unknown.

According to Gareth Dunsmore, the Marketing Product Manager of this model, it was due to the overwhelming response and the 3 genuine offers that drove the company to produce the Nissan Juke-R and this is where it comes with a 545 horsepower, 3.8 liter engine that gets to around 250km/h tops. Where the Juke-R was developed based on the MY10 GT-R platform, this one will get the MY12 GT-R platform and Nissan will be taking more orders 4 weeks before the production officially starts. This car is surely for the elite and the rich so if anyone is interested, they can email their orders where the first three models will be delivered later this year. 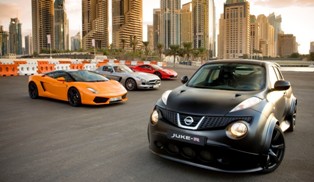 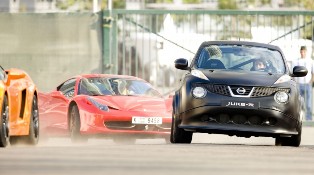