This will surely boost the Alza’s sales as it would be the more affordable version of the best selling MPV (Multi Purpose Vehicle).

According to Datuk Aminar Rashid Salleh, the Managing Director of Perodua, they are targeting to sell 400 of the new model monthly. If that is achieved, it would constitute to some 13% of the monthly sales of the MPV for the company. The new Alza SR is available for booking and viewing at its showrooms nationwide where it will come in 3 new body colours namely Mystical Purple, Ivory White and Glittering Silver.

As mentioned, the Alza SR is more affordable than its current version where it would be sold between RM53,013.50 and RM56,513.50 on-the-road and is targeted for young families who would like to own a compact MPV which is not too large. Since the Alza was launched in November 2009, it has become the most preferred MPV in Malaysia where it has since sold 81,000 units. With the lower price tag, you can expect it to come with lesser features as compared to the current fleet but the performance and safety are not compromised. 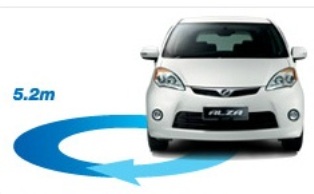 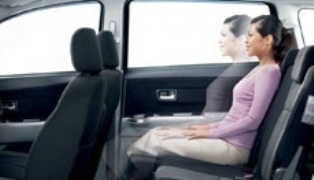