Nasim Sdn Bhd, the distributor of Peugeot cars in Malaysia has introduced 4 new versions of the Peugeot 508.

This would otherwise be seen as a re-launch of the 508 which was shown late last year where it will now be known as the 508 Premium. The other variants are the 508 Standard, the 508 SW, the 508 GT and the 508 SW GT. The Premium is positioned between the GT and Standard versions respectively.

Typically, the GT spec versions are the diesel ones where they are fitted with a 2.2 liter HDi FAP engine boosting out 204 horses mated with a six-speed torque converter automatic gearbox. This is the same system fitted in the petrol version where the GT comes with paddle shifters and some really cool multi-spoke 19-inch alloys and 235/40 Continental rubbers. This is quite a different one as compared to the Standard model which comes with rims that are 2 inches less.

In terms of pricing, the 508 starts from RM155,888 while the Premium’s price is unchanged from the previous model which is at RM169,888. The GT model is priced at RM199,888 while the SW versions can be yours for RM179,888 for the petrol version and RM209,888 for the diesel one. Standard safety features here include 6 airbags, ESP, ABS, EBD, Brake Assist and Hill Start Assist. 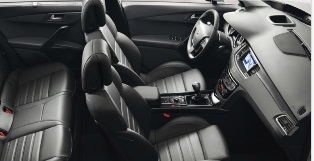