With petrol prices on the rise every time, it seems that affordable and practical cars are becoming common favourites.

Taking place among those in this segment is the new Dacia Lodgy, which will be Renault’s answer to the segment as far as affordable MPVs are concerned. The Lodgy is a 7 seater vehicle and will be the seventh model in the product line of Dacia, a subsidiary of the French automotive giant. As it will initially be targeted for the Europe market, safety fittings will be pretty world class and the launch price is around €9,900 or about slightly below RM40k.

It is set to be marketed both in and out of Europe and judging from its design, it should sit 7 people comfortably where it comes with a third-row 60/40 split on the bench seat. There are abundance of space in this one where you get 827 liters of boot space when it is at its 5 seater layout. But if you push the second row up, you get to free up more space which will be at 2,617 liters. They start off with 2 engine versions which are the 1.6 petrol and the 1.5 dCI diesel options. There will be 2 variations of diesel engines to choose from which will either be the standard 1.5 version or the 1.2 TCe turbocharged engine which is the same on fitted in the Renault Megane and Scenic which will come later. 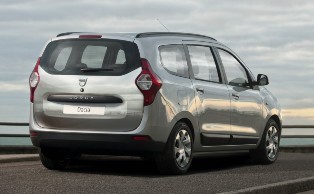 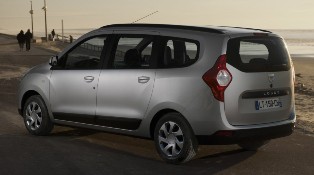