A regular GT-R is already an amazing machine in that regard, but the Nismo elevates its road holding to another level, all the while making it both more engaging and challenging to drive, giving it a definitive race car-like character and reducing the kind of digital interference that has made the R35 seem like you're

Just like the real (albeit fictional) Godzilla, it is a genuinely scary monster. It's fast, furious and fearsome and has the power to devour tarmac like gigantic, radiation-fuelled, angry lizard. It's epic!

All in all, the Nismo GT-R's biggest drawback is still its Nissan badge, making the value equation more questionable than a regular GT-R, especially the Track Edition which gets some of the gear already for $70k less and, more particularly, against the similarly track-focused Porsche 911 GT3 that costs around the same money.

Japanese high-performance brand stomps into Australia with the ultimate expression of Godzilla.

There are beasts and there are monsters, and then there is Godzilla, the most fearsome mutant of all with the ability to annihilate anything in its path.

It was such a fitting nickname bestowed upon the Nissan Skyline GT-R back in the early 1990s after the all-wheel drive weapon demolished its racing rivals, tore up the streets as one of the fastest road cars of its generation and shattered the reputations of supercars that cost twice – even three times – as much.

The GT-R legend has continued to evolve over the last decade with the R35 model thanks to a never-ending series of incremental upgrades, but now Godzilla has taken its most crushing step forward with the race-derived, hard-core Nismo model finally stomping its way into local showrooms.

What is Nismo you might ask. Well, for starters it is Nissan’s official motorsport and high-performance division, in much the same way that AMG is to Mercedes-Benz and M is BMW. It’s been around since 1984 and has largely been responsible for global racing programs, including touring cars and Le Mans-type sports cars, but has more recently expanded its breadth to develop a range of specially-modified Nissan road cars that stretch the level of enhancements from the purely visual, such as stickers, stripes and alloy wheels, to wholesale mechanical and structural overhauls as it has done with the GT-R Nismo.

So, although the Nismo badge is relatively new in terms of showroom space, it doesn’t lack for experience. Nor does it now lack for ambition as the GT-R is expected to be joined by a raft of other models in Australia, most likely including an upgraded 370Z coupe and quite possibly expanding over time to feature tweaked versions of the Juke and Qashqai SUVs and potentially even a toughened-up Navara ute.

Until then, the GT-R bears the brunt of forging a reputation for the brand on its own. And it’s on-paper specifications suggest it can easily handle the responsibility.

With a sticker price of $299,000 (plus on-road costs), it is $110k more expensive than the basic GT-R Premium Edition and $72k more than the Track Edition that already has some elements of the Nismo model, such as its lightweight forged alloy wheels, stiffer body construction and wider front guards.

But the range-topping GT-R has been given a bigger dose of everything; it’s 3.8-litre twin-turbo V6 has larger turbos and more power and torque than the standard model, producing an additional 22kW and 20Nm to increase peak outputs to 441kW and 652Nm; the adaptive suspension is three-times stiffer for extra road holding; it’s body work has been amplified for better aerodynamics and improved downforce; and the cabin features a racier ambience with lightweight carbon fibre Recaro bucket seats and lashings of fake suede on the dashtop, roof lining and three-spoke steering wheel.

Having said that, it also feels like a car that you could never be truly complacent with as it is so fast and heavy that if you blinked the wrong way (and had released its electronic safety nets) it could lead to a very big and very fast mistake. 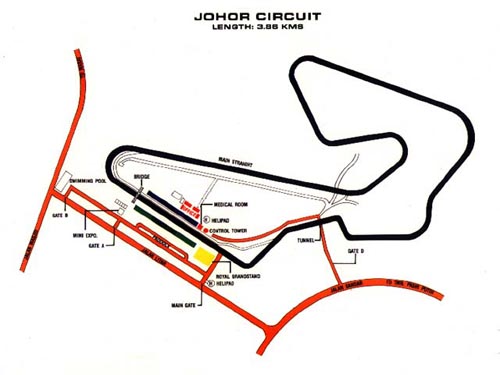