The automotive industry mourns the passing of Sergio Pininfarina, a true legend known for his iconic vehicle designs.

He died at the age of 85 at his home in Turin with a lifelong career in designing some of the most legendary cars like the Fiat 124 Spider and the Ferrari Testarossa.

Apart from his design works, the Pininfarina brand has become synonymous with car designs that other brands have used this influence to push the sales of their cars. The Pininfarina name is widely associated with the Prancing Horse’s models that spanned across 2 generations.

Sergio took over the company from his father and led the company for decades since his death. The holder of Mechanical Engineering from the Polytechnic of Torino would move the company to greater heights and becoming a global design brand. He would then pass the management to his son Andrea who died 2 years later in an unfortunate accident and then Paolo, his other son would then take over.

The Pininfarina name has become very closely linked with Ferrari although it has been known to have been involved with other models like the Fiat Coupe, Ford Focus CC, Peugeot 1007 as well as the Hyundai Matrix while the F40 and the Ferrari Enzo are also products of the Pininfarina design team. 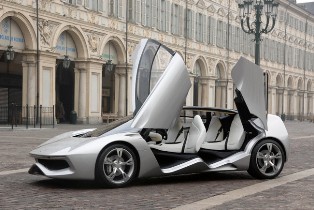