The Saab 9-5 SportCombi 2012 created quite a stir recently at the Geneva Motor Show. In fact, it was one of the nicer looking models at the show and this is one of the latest models after the company left GM. So with the new 9-5 SportCombi, it was more of a new breath of life rather than a continuation of what was there before.
It seems that they are positioning the new car to be sleek and fun to drive as they are not only content with a good design but also one which has all the functions of a great model. Its versatility meant that the SportCombi creates a totally new competition in the segment of large wagon cars. Naturally a wagon car, this is where you can expect an abundant of space where they also included an adaptable multi-fold floor as well as an under floor stowage.

It is also powered up with the company’s own XWD all-wheel-drive system in the all-turbo gasoline, bioethanol and diesel powertrain. It also comes with Saab’s DriveSense adaptive chassis control system, bi-xenon Smart Beam adaptive lighting, tri-zone air-conditioning and keyless entry and engine start to name a few. There are a wide array of other features in the Sportcombi which are put into all for the comfort and convenience of the driver and its passengers.

Saab confirms that they will have started bookings for the new model where they are planning for delivery to start in September earliest. There is also another sedan that uses the same platform as well as designs in front. Its sweeping roof-line moves behind until a rear spoiler while they also fit in ultra-slim roof rails. Generally, it exudes a sporty character and very much like Volvo, their wagon combines very successfully the functionalities of a wagon and the forms of a sports car.
They have also included a electric powered remote-controlled tailgate where a rotary knob controls the opening and closing of the compartment. There is a touch pad on top of the number plate to open and close as well. Generally, they have done quite a lot in the makeover of Saab cars and if this is what can be seen in the current models, the future ones would surely be something to really look forward to. 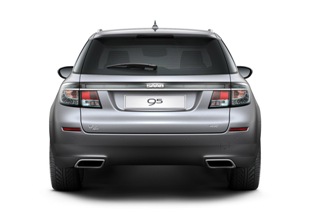 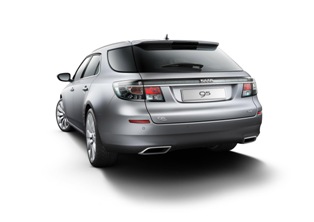 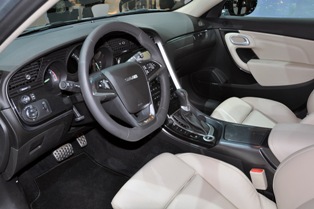