This is another fast and revolutionary car that was turning heads at the recent Geneva Motor Show. The Gumpert Tornante developed by the Touring Superleggera company debuted one of the most amazing vehicles the automotive industry had ever seen when they rolled the covers off their latest design concept which will be a new member of their 2012 Gumpert product line.

Now if you haven’t already know, the Gumpert Apollo was first to be revealed coming out of Superleggera’s stables and it was known to have the characteristics of a sports car but the looks of a common everyday vehicle. With the Tornante, it seemed that they are gearing up to make their mark in the industry. Now if you don’t know what Tornate means, translated roughly it means ‘hairpin bend’.

This would naturally be a 2 seater coupe model where in the design of the this model, they focused in providing elegance, space and comfort in a vehicle that is unmatchable in the areas of engineering and motorsports. Hence, that pretty much contributed to the birth of what they termed ‘Fast Tourers’. This was the very challenge that the engineers had to contend with because they had to give priority to the comfort of the passengers, ergonomics for the design and yet uphold the performance as well as optimizing aerodynamics. It uses a chrome-molybdenum steel space with Carbon Fiber Monocoque on its body panels which makes it lightweight and strong that gives it the characteristics that it exudes.

Hence, they used the same concept for the Gumpert as well as their other model, the Touring which is to ‘remove everything that is not essential’ and the result was phenomenal when they showed off a clean, well balanced concept at the show. It also came with a wide rear hood as well as gull-wing doors. Powering up the car under the hood is the 4.2 liter V8 BiTurbo engine paired with a TT40e gearbox. This gets you up to a whooping 700 horsepower controlled though the paddle shifters. Its suspension system is made by an apollo derivative that gives it the handling it so promotes. On top of this, they are also planning another model powered up by alternative fuel next year. 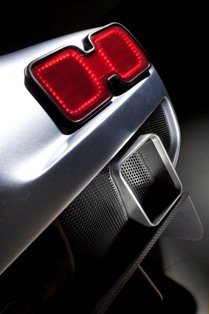 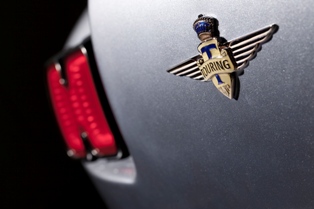 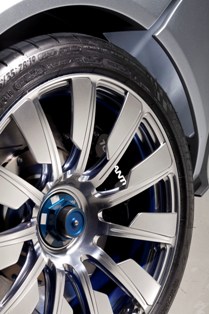