Currently undergoing the approval process by the Malaysian Road Transport Ministry (RTD) the new KTM X-BOW R is making its way to our roads.

This would be a different model as that was seen when it was in the concept stages and they have pushed in more enhancements where they have made the car faster, more powerful and surely more attractive.

The ‘R’ is used to illustrate that they have made more changes to it original form. It now comes with a 300 horsepower 2.0 liter TFSI engine which they sourced from Audi and the cool thing is that it was made not entirely for the race tracks as it is also very much a road car. But if you own one of this maniacs, perhaps you might just want to drive it around Sepang instead of getting stuck in the traffic jam in front of MidValley.

They will be bringing to variants into Malaysia namely the Clubsport and the Sport and will most likely go for no lesser than RM400k. it was seen at the JPJ in Putrajaya when it was going through the homologation testing and was previewed in Penang at the Auto-City Carnival. The KTM X-Bow will be distributed by MotoNation. They are already starting taking orders although it has yet to be officially launched. 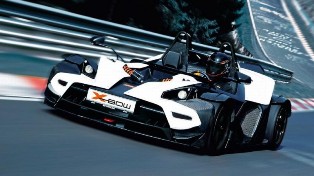 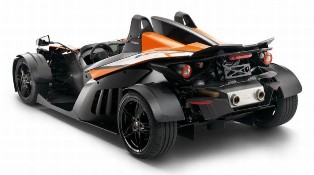