The biggest carmaker in the world Toyota recently showed off their new Yaris HSD concept at the recent Geneva Motor Show 2011 and this is where they are looking to reduce the size of their hybrid cars. Currently their widely popular Prius have been doing very well globally but with the rising demand in the market, the Yaris HSD could well be the answer to green compact models.
As part of Toyota’s roll out of HSD technology for the European market, the Yaris HSD (Hybrid Synergy Drive) will be competing in the B segment market which is the largest in the Europe automotive sector. Basically, the Yaris HSD looks very much like the current stock version where it is small, compact, practical and nice to drive. Apart from its spaciousness inside the car and mostly what you get in the standard DNA, they have also put in some new styling on the exterior for this one.
This new concept comes with a more distinguished long roofline with its standard short front and rears while coming also with a long wheelbase. This gives you more space inside the car while the HSD design also comes with an integrated rear spoiler, a nice looking white pearl body colour with blue metallic accents and the blue LED running lights, synonymous with Toyota hybrid cars. Apart from that, they have also used solar power in this one, very much the order of the day for green cars with the entire roof being fitted with solar panels which independently power up the air-conditioning in the car.
The HSD which is made popular by the current fleet of Toyota hybrid cars are very much renowned for its silent driving, extremely low fuel consumption, low emission as well as affordable. The Yaris HSD concept is designed where the battery pack is fitted underneath the rear passenger seats which means that you get a lot more space in the boot. It is made using nickel-metal hydride and is designed and used as it is reliable and durable and is expected to last for the whole lifetime of this new concept. 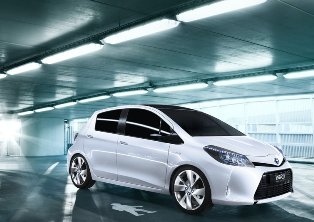 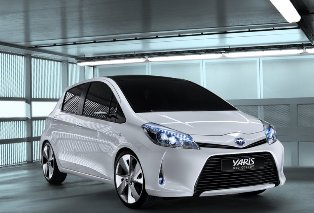 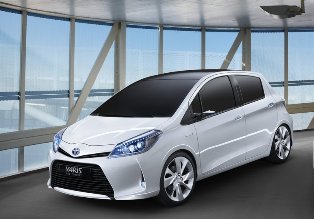 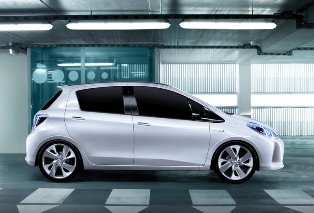