This coming March will be an exciting month where Toyota is set to unveil their highly anticipated Yaris Hybrid at the Geneva Motor Show.

The first official images of the new hybrid has been released where it was first seen at the last edition of the Geneva show which came in the form of the Yaris HSD Concept. Since then, rumours have been circulating as to when it would come out and how it would look like and when it would be. The general sentiment was that with hybrids being the order of the day for the automotive industry, it would be very soon.

And now the official image has been released and early speculations are that it would be rolled out through its Valenciannes manufacturing plant in France where it would be targeted for the European market. This would come in the form of a more compact electric motor and a 1.5 liter petrol engine with a smaller Hybrid Synergy Drive system package to be positioned for the B-Segment hybrid market there. The front looks very much a combination of the current Yaris with the already popular Prius and with 98 horses to boost, it would surely be an exciting option for the compact cars market. 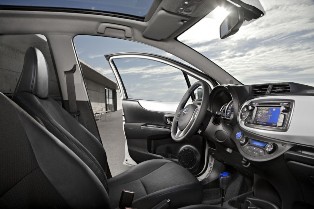 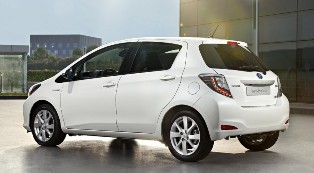