German automotive giant Volkswagen recently sprung some surprises when they unveiled the new Buggy Up! concept at the Frankfurt Motor Show.

The model was built based on the beach buggies in California which was a common sight during the 60s which were simple and practical. Now VW has used a similar formula in its lightweight steel body and the 2 seater is given a fresh and more contemporary personality.

It is designed based on the recently showed Up! where this will represent an extension to the new model line that also include the Azzura Up!, the Cross UP!, the GT Up! and many others. It is roof-less which makes it ideal for beach driving and does not come with any C-Pillars and it is fitted with neoprene-covered seats. A fabric roof is provided and this will totally cover the car from the outside.

Even if the water do make their way into the car, everything in the car, from the seats to the iPod-compatible entertainment system are waterproof. So there is nothing to worry about. There are in-built drains on the seat to channel water out of the car. It has been said that this could be the new Bettle generation and with so many concepts in store, this would not be too surprising. 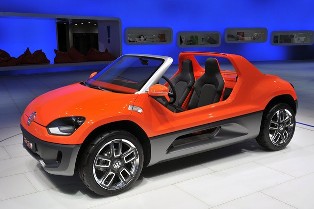 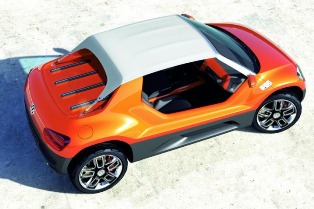 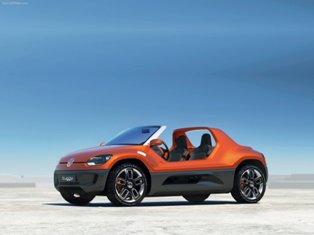 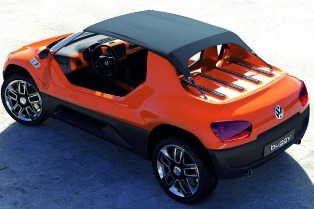