Who has not heard of the Beetle? Who does not know the Volkswagen Beetle? Of course, who would not have heard of it since it was remodeled and relaunched 13 years aog with a more aerodynamic body and a cooler personality than the old 1970s hard roller. And now the world welcomes yet a new generation of the bug and they have called it simply as the Beetle.

Introducing it to the world, the latest bug was showed off at the MTV World Stage Concert and will be put on show at the Shanghai Motor Show. This new model, which was part of VW’s preliminary show now is more sporty and now has an extended bonnet while they have put in more aerodynamics into it with a more swept back windscreen as well as a longer wheelbase.

The new Beetle was designed by the VW team led by the Group’s design chief Walter de Silva and the Brand design chief Klaus Bischoff who had to ‘design a new original’ and they did actually came up with a bolder and more masculine version. It now comes with a lower profile, a wider body and is longer. It measures at 1,808 mm wide, 1,486 mm tall and 4,278 mm long. In maintaining to the traditional Beetle, they have retained the round headlights although now you can opt for bi-xenon ones with LED daytime running lights while the flared wings and the bonnet and side shapes are pretty much the same.

They have also put in a new rear spoiler into this new model and is made to fit 19 inch wheels too. As with the overall personal, the insides are very much rounded too while the engineers continue to focus on ergonomics here with a n extra glove-box in the front fascia. The car is also more spacious now with 310 liters in the boot while the previous version only gives you 209 liters. The Americans will get the petrol version that gets you to about 170 horses while a turbo-diesel versions is set to also be made available. Other markets will also get the different variants in both the diesel and petrol modes. 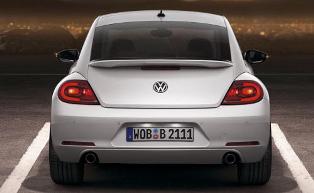 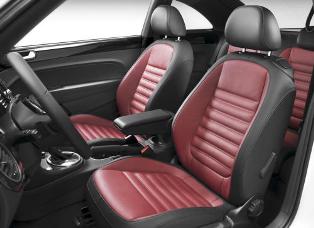 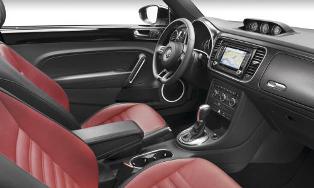